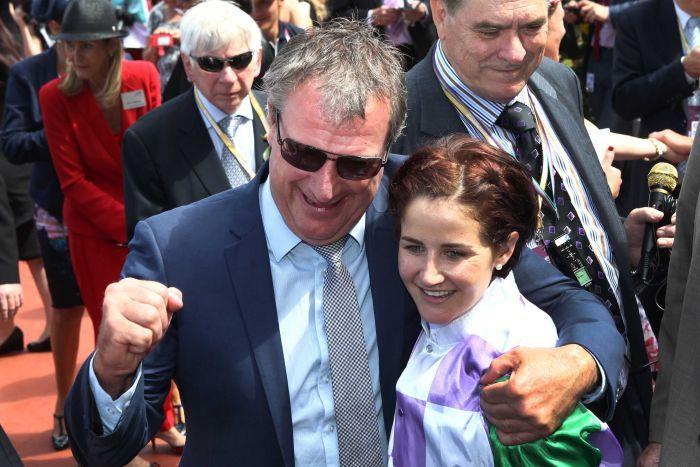 Darren Weir has been lent strong and steadfast support from one of his main former owners who says he hopes the disqualified trainer returns to racing one day.

Brae Sokolski, who had about 40 horses with Weir prior to the trainer’s four-year ban for the jigger affair earlier this year, says he and several other owners will stand by Weir if he wants to make a training comeback once his disqualification expires.

Sokolski had top-line horses including Verry Elleegant, Kings Will Dream and Humidor with Weir before the trainer was thrown out of the sport.

Sokolski says he is not condoning what Weir has done or making excuses for him.

But he insists that “99 percent of Weir’s success was built on hard work and talent” and believes it is unjust that the Melbourne Cup-winning trainer’s entire legacy has been decimated.

“Obviously what he did is indefensible, I’m not here to sugar coat that,” Sokolski told Racenet.

“But what I genuinely believe is that 99 percent of Weiry’s success was built on hard work and talent.

“It wasn’t by virtue of systematic doping or anything of that nature.

“He has certainly brought it on himself but I think it’s sad and an utter travesty his entire legacy has been tainted.”

Sokolski hopes that Weir does return to training at some stage in the future even though there is a long road ahead.

“I’m very hopeful he will return to training one day in the future,” Sokolski said.

“One thing he knows is the owners who are close to him will support him if he returns.

“But it is a long, long tunnel and I think at this point it’s hard for him to see that light.

“I think it’s a huge loss to the industry, both in terms of losing a horseman of his talent and also someone with his magnetic personality.”

As a police probe into Weir continues, Sokolski says he remains in touch with Weir and intermittently checks on his welfare.

“First and foremost when it happened, and what remains my main concern with the whole saga, is Weiry’s state of mind and mental health,” he said.

“Irrespective of him breaking the rules, you stand by your mates.

“He has always been a rather introverted person but now he has become more reclusive.

“I certainly feel he deserves another chance and I have no compunction in declaring my support for him should he one day return to racing.”